Estate planning attorney Whitney N. Tashjian is a graduate of The College of the Holy Cross and Suffolk University Law School. She is admitted to the Bar of Massachusetts, the District of Columbia (D.C.), the United States District Court of Massachusetts, and the United States Tax Court. Prior to joining Boyd & Boyd, P. C., Whitney served as Counsel for the Law Office of Lindsey M. Straus, a general practice firm based on Cape Cod. She was a Securities Litigation paralegal for five years at Mintz Levin in Boston, where she was responsible for filing securities class action and SEC cases on behalf of institutional investors. She also interned with the Law Offices of Vinca Jarrett & Associates, a small Boston based entertainment firm, culminating in an opportunity to represent the firm at the 2013 Cannes Film Festival. Whitney was a competitive figure skater with the United States Figure Skating Association and grew up spending her summers on the Cape with her family. 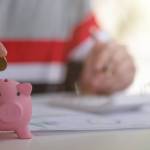 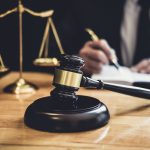 I Certainly Would Recommend This Firm

It has been my pleasure to work with Tim Erasmi this past year. He recognized that having to do the work for my husband’s estate was very stressful. He assured me that his job was to minimize my stress and he did.Ti (...)

Outstanding, professional, and thorough estate planning service, at a price much lower than expected. By far, our most pleasant and productive experience with the legal profession ever. I would HIGHLY recommend Boyd & Boyd for any estat (...)

My Life's Work Was In The Right Hands

The clarity of explanation that Mr.Boyd brought to the highly technical legalese of trusts made it easy to do the hardest thing of all. I trust that my life’s work and asset was in the right hands.

Very well done. Sorry we ran out of time at the end. I need to refresh my mind regarding our trusts and this us an excellent way to do it. Also, the heads-up about future changes is helpful.

My experience with Boyd & Boyd has been extremely positive with an efficient and thorough response to detail and my questions. They have been willing to cover everything necessary to make the process of estate closure com (...)

Boyd & Boyd has done a very good job helping me handle my parents' estate. Prior to my father's passing, I went with him to one of Boyd & Boyd's trust seminars which was very informative and educational. In particular, attorney Timothy Era (...) 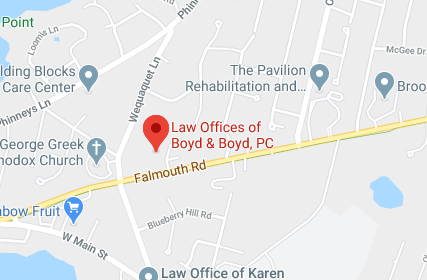